In the framework of its General Assembly of Sunday 2nd of October 2022 in Bohinj (Slovenia), the Farmhouse and Artisan Cheese and dairy producers European network, just elected its new President.

The change of president was required by the statutes. Thus, after 9 years of Presidency, the French goat breeder and cheesemaker Frédéric Blanchard, was warmly thanked for the significant and constructive work he has dedicated to the association since its beginning. He will stay in the Board as Vice-President. 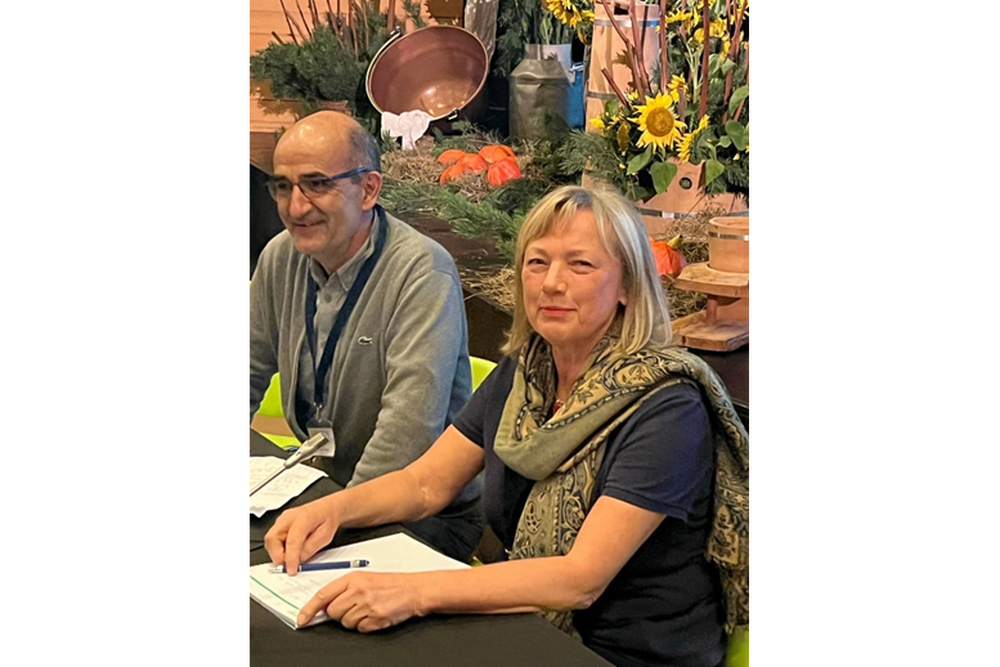 Kerstin Jürss is artisan cheesemaker in Sweden. With her husband, they have been in this profession for over 25 years. They use organic cow milk from few farms located in their municipality, with which they produce different types of cheeses according to artisan traditions: soft cheeses, semi hard cheeses, blue cheeses…

Kerstin is involved in FACEnetwork since its beginning. She has been Vice-President since the official constitution of the association in 2013. She also participated to several operational projects led by FACEnetwork, like the realization of the European Guide for good hygiene practices of the sector, and two projects in the field of cheesemarkers’ trainings: Teacheesy and FACE in itinere. Moreover, Kerstin is also involved in all the lobbying actions of FACEnetwork, whether it is about food safety, labelling, sustainable issues, etc.

As she knows perfectly the association, its functioning, its aim and its actions, there is no doubt that, under her presidency, FACEnetwork’s dynamism and ambitions will remain intact!

ABOUT FACE NETWORK
FACE Network is a European network of national associations representing farmhouse and artisan cheesemakers. Our story begins in 2006 when French and German farmhouse cheesemakers started a collaboration to share practical common issues. Later in 2013 FACEnetwork association was created with the objective to represent and defend the interests of farmhouse and artisan cheese and dairy producers on a national and Europeanlevel. Today, our network counts 19 producer’s associations from 16 different European countries (4000 producers represented).

www.face-network.eu  –  14 October 2022
We serve cookies on this site to remember your account and preferences and optimise your experience.
More details... Accept