The amendment to Annex VIII of the EU Organic Regulation (Regulation (EC) No. 889/2008) is nearing completion. In the current and previous drafts of the appendix, the use of vegetable carbon is not permitted for all cheeses.

FACEnetwork has therefore requested the inclusion of all cheeses in the positive list, in a statement sent to the EU Commission.

In addition, FACEnetwork has asked all its affiliates to contact their national ministries concerning the decision that will be made in September 2019 in Brussels. 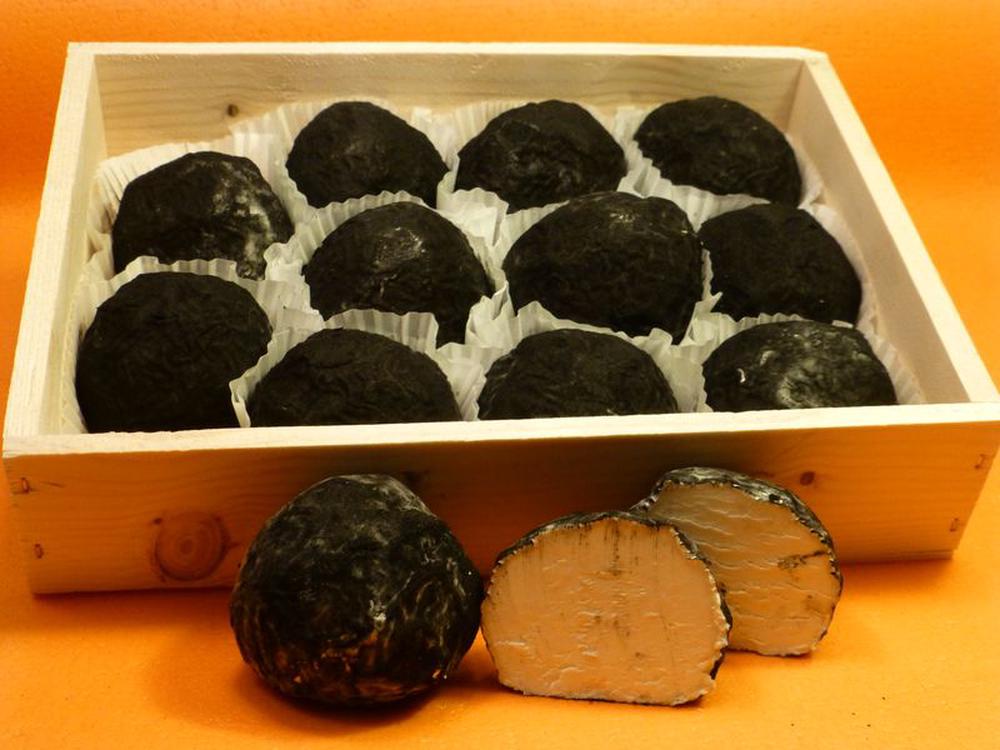 Ashed cheeses are produced all over Europe.

Charcoal - A food additive with a long tradition

Charcoal (Vegetable carbon; E 153) has been used in the production of cheese for many centuries. It has been used on unripened and ripened cheeses, made from the milk of several types of milking animal (including goat, sheep, cow, buffalo). See Annex I

Valençay is a french goat cheese made in the province of Berry in central France. Its name is derived from the town of Valençay in the Indre department.

Other cheeses made with vegetable carbon cannot currently be marketed as organic. This discriminates against producers of cow, sheep and buffalo cheese.

We therefore call for vegetable carbon to be not only restricted to goats cheese, but also to be permitted for cheese made from other types of milk

This change is not a significant improvement, since several types of cheese are excluded from the use of vegetable carbon. In particular, for the previously-mentioned AOP cheese made from goat`s milk (Sainte-Maure de Touraine, Selles-sur-Cher, Valencay), the new rules would be devastating, as they would no longer be allowed to be marketed as organic products. These cheeses are "ripened (matured) cheeses” and not “flavoured unripened cheeses”.

The change would mean that many organic farms and cheese dairies across Europe would have to withdraw cheeses with a long history of production. See Annex II

In view of the centuries-old tradition and the safety of vegetable carbon as an additive, this amendment to the Annex VIII is incomprehensible. We reject it because it would also harm some European cheese traditions.

Since the use of vegetable carbon, both in the old version (Annex VIII) and in the new version (Annex IV), is not rejected in principle. In addition, the range of products should be extended to other types of milk.

Restricting the application of vegetable carbon to Morbier, ashed goat cheese or flavoured, unripened cheeses appears to be an arbitrary restriction which would discriminate against a large number of organic cheese producers.

Vegetable carbon performs an important technological role on some surface-ripened cheeses as it neutralises rind acidity and assists in the implantation of the ripening microflora.

We propose that Annex IV be amended as follows:

The organic sector is often seen as a sustainable and future-oriented form of food production. Organic dairies, which have committed themselves to the preservation of traditional, environmentally friendly production methods, should not be punished with the withdrawal of their right to market their products.

Organic dairies that use vegetable carbon should contact their organic associations to request approval of the product for all cheese varieties.

E-mail info@face-network.eu if you use vegetable carbon to give FACEnetwork an overview of the farms likely to be affected.

www.face-network.eu  –  30 August 2019
We serve cookies on this site to remember your account and preferences and optimise your experience.
More details... Accept