[News from the members] Germany 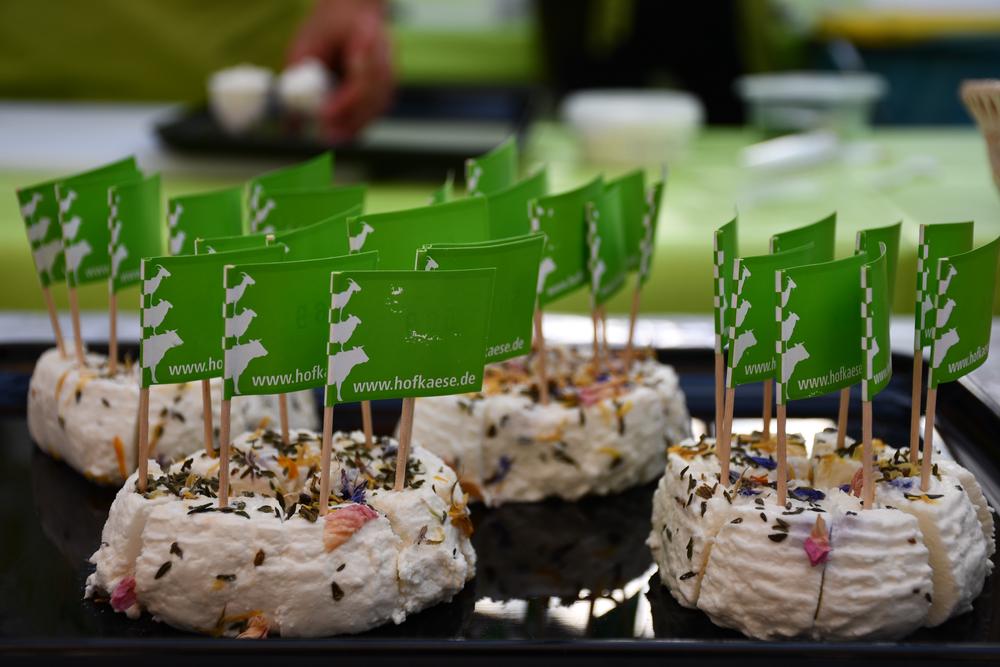 What began in 2010 as a cheese-only competition was expanded in 2019 to include all dairy products. 181 milk and cheese specialities took part in the chase to reach the winners podium this year. There are a few hurdles to clear before especially as the test is divided into a quality test by the jury of experts on the one hand and the public test on the other. Only those products which convince both the experts and the public have a chance to win one of the coveted cups.

Public test at the cheese market in Nieheim

The visitors to the cheese market in Nieheim had the opportunity to taste cheese and dairy products in all their variety and to choose their favourite products.
To make the choice for the untrained public feasible, five similar samples were grouped on one plate to be compared with each other. 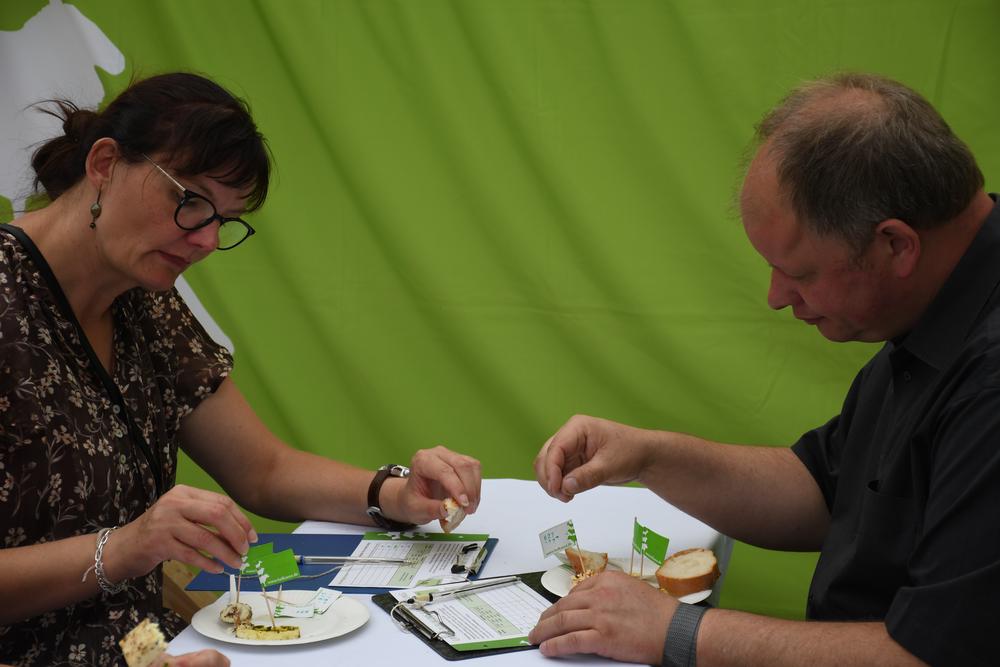 Many consumers were not only surprised by the variety, but were also impressed by the high quality of the products. "I would not have thought that so many different cheeses on the farm next door - and they taste so good too!" was one of the most frequent comments at the market.

At the same time, a jury of 24 sensory experts, cheese traders and artisan cheese producers judged the same cheeses and dairy products. Behind closed doors the products were judged not only taste and smell but also for appearance, consistency and perforation. 75% of the cheeses presented met the strict specifications of the organisers and were awarded a quality prize. 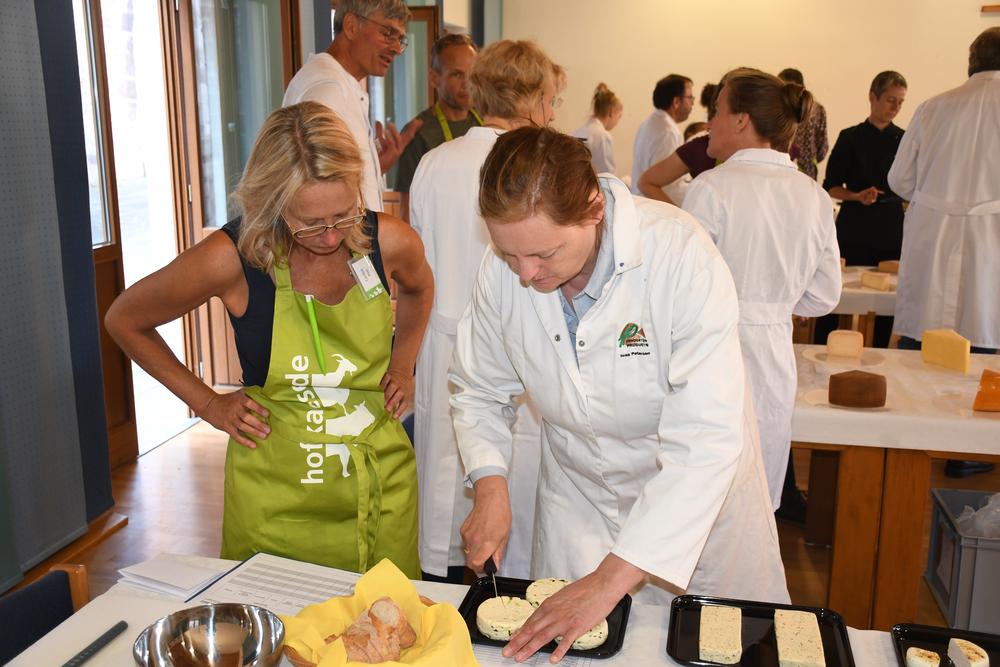 The winners of the cheese harps:

With first place in the "Cheese" category the "Cheese Harp in Gold" award goes for the first time to two dairies. Both scored exactly the same number of points.

1. ”Sameraner Bockshornklee “(fenugreek) from the Dennemann dairy.
1. “Brie” from Hofgut Schloss Hamborn
2. "Fezzi" brine cheese. The Till farm was the shooting star of the competition, as it was the first time it had been judged by the jury.
3. Monte Ziego from Teningen for the fresh goat's cheese "Pepper".

The winners of the dairy cans: 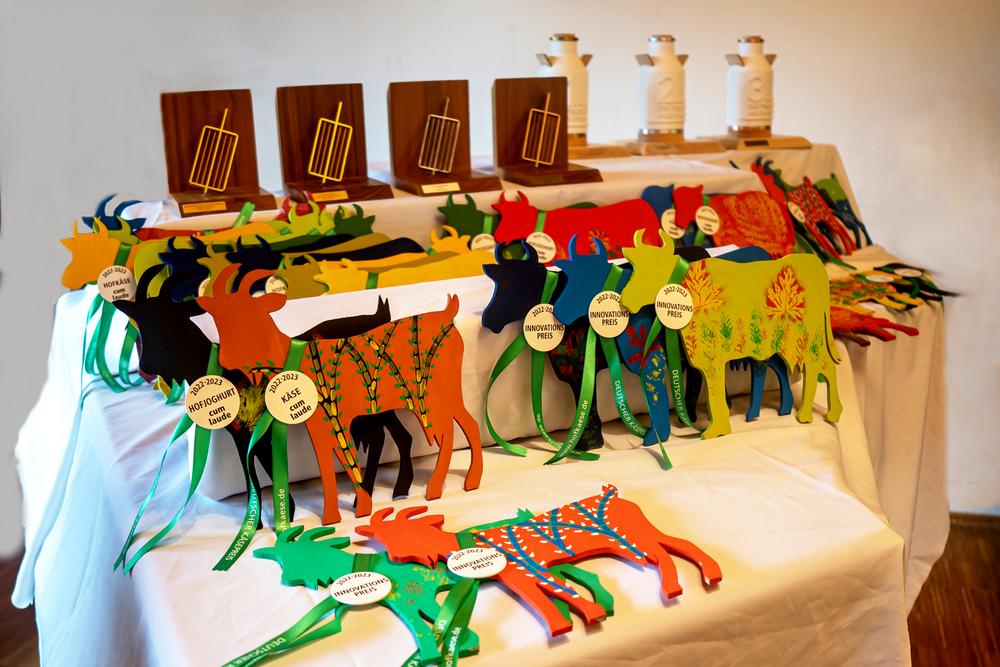 Variety as a trademark

In addition to traditional, there were once again numerous product innovations were at the start again this year, of which the most interesting were awarded with the
innovation prize.

The award ceremony took place on 15.10.2022 at the Dottenfelderhof as part of the 30th anniversary of the VHM. Nearly all the award winners were present to receive their awards in person and to celebrate their outstanding achievements together.

Congratulations to all winners! 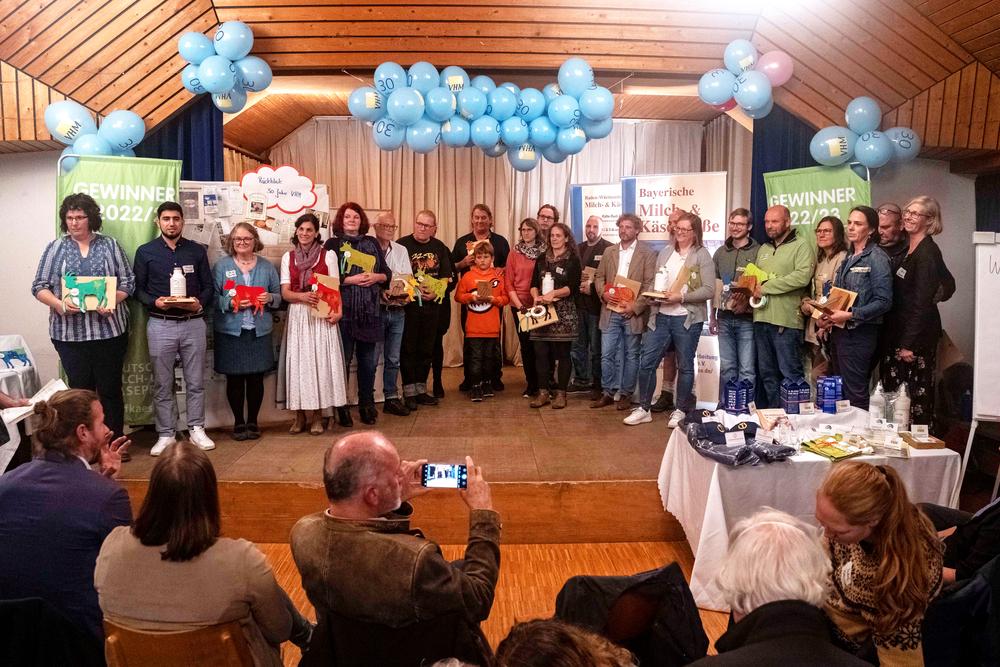 www.face-network.eu  –  1 December 2022
We serve cookies on this site to remember your account and preferences and optimise your experience.
More details... Accept